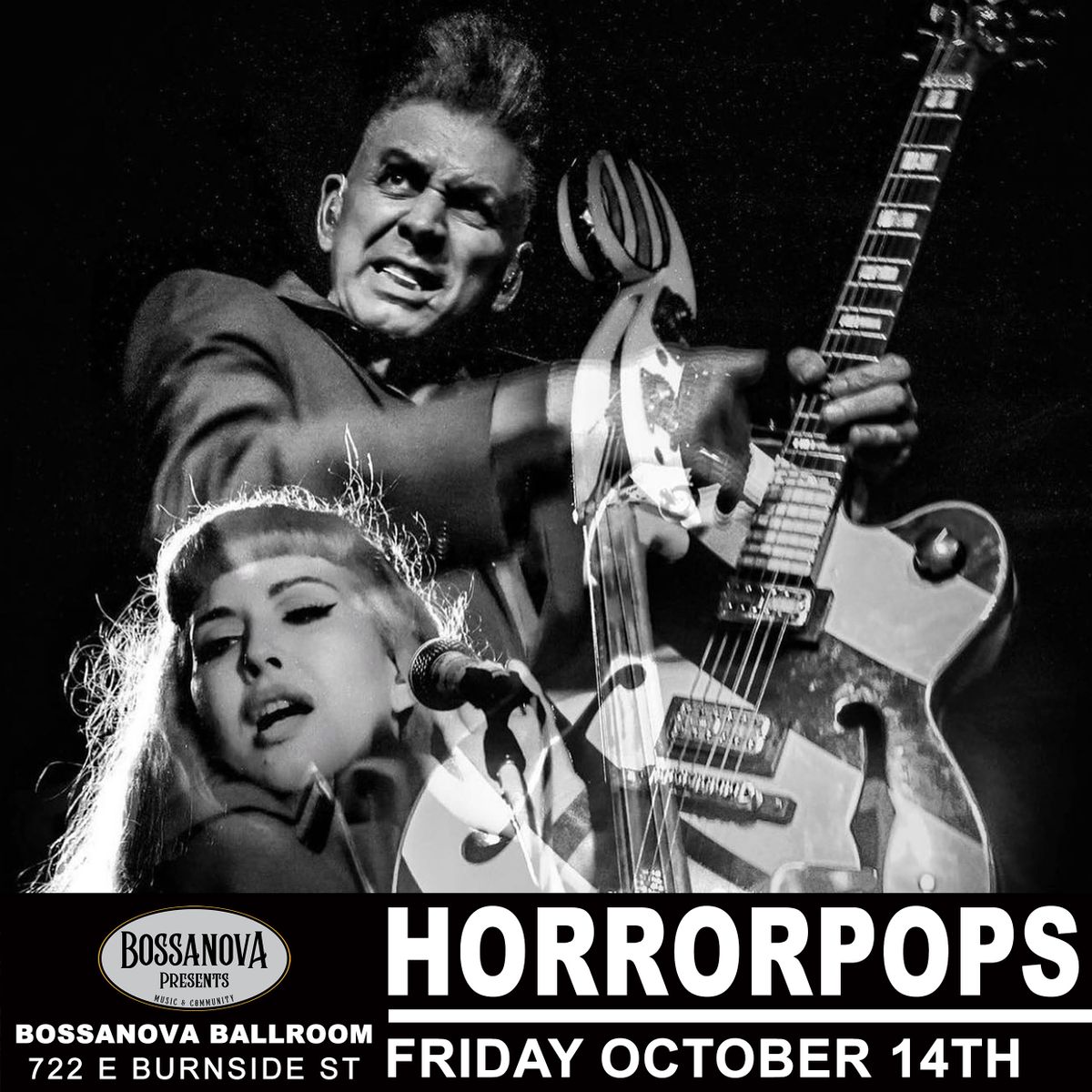 The seeds for Danish psychobilly sextet, the HorrorPops, were sewn in 1996 during a gig that found bassist/lead singer Patricia Day's indie-punk collective Peanut Pump Gun opening for guitarist Kim Nekroman's band Nekromantix at POPKOM in Cologne, Germany. The two found that they shared a wealth of mutual interests, both musical and personal, and in an attempt to step outside of their respective genres decided to swap instruments and start a band. The addition of drummer Niedermeier, and second guitarist Caz the Clash, both formerly of (Strawberry Slaughterhouse), rounded out the newly dubbed HorrorPops. In 1998, the band began to play out, attracting audiences with their energetic stage shows that featured go-go girls Mille and Kamilla -- co-workers at a piercing shop with Day -- and headed into the studio to record demos for a press kit. 2000-2002 saw the group touring and building up a loyal following, eventually signing with Hellcat records. In 2003, Caz the Clash left, and was replaced by K'aarrghh'sten (aka Karsten), also a former member of Strawberry Slaughterhouse, and the group saw the release of a vinyl single containing "Ghouls" and "Psychobitches Outta Hell." The full-length Hell Yeah was released in April 2004 on the legendary punk label Epitaph. Both Mille and Karsten departed during the extensive touring for Hell Yeah, but HorrorPops didn't slow down. Geoff Kresge gave up playing standup bass in Tiger Army to join the Pops on guitar, and band pal Naomi (renamed No-No) took Mille's open dancer spot. In 2005 HorrorPops managed some Warped Tour gigs even as they recorded an album; Bring it On, their second effort for Epitaph, appeared in September of that year, followed by Kiss Kiss Kill Kill in early 2008, an album for which the band returned to its original three-piece line-up.