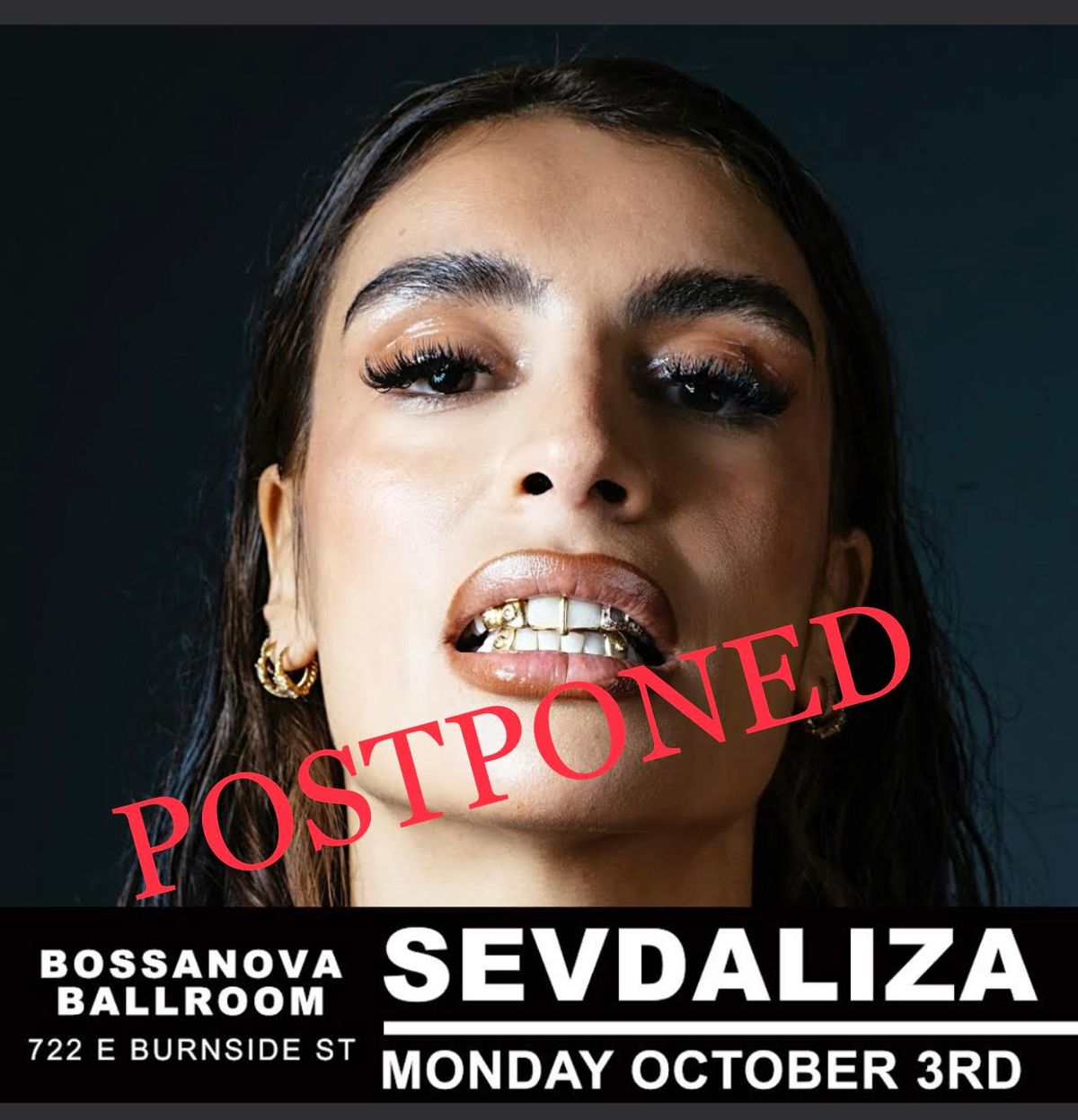 Due to circumstances beyond everyone’s control our Sevdaliza October 3rd performance will have to be postponed.

RESCHEDULE DATE TBD 2023 - ALL TICKETS HONORED. We've been working with SEVDALIZA to try and get a reschedule date posted asap.If this show is cancelled and not postponed all tickets will be refunded in full.If you would like a refund in full and prefer not to wait for a new date for this tour please email us at info@bossanovaballroom.com and we will process your request.

DOORS AT 6PM SHOW AT 7PM

Sevdaliza (Teheran, Iran) is an autodidactic singer, songwriter, director and composer. Her creations contrast husky vocals with cutting strings and bass lines setting an enigmatic mood. Born in Iran and residing in the Netherlands, Sevdaliza has made quite the impression with her consistent release of audiovisual experiences. Sevdaliza’s melancholic visceral voice floats over beds of thumping triphop dubs, married with classical harmonies. Rhythmic tensions build slowly into chaotic climaxes. Her work has been described as "genre-bending", drawing on various genres including electronic, punk, triphop, grime and the avant-garde.

Her writing, influenced by greater novelists, has a philosophical questioning character; subjects like gender diversification and perception of emotion are strongly present. Masculine and feminine energy blend harmonically within. Sevdaliza plays with the simulation of identities and fantasies that can hardly be distinguished from reality. Creating a world where everything is possible. To Sevdaliza, expression comes forward in designing every detail in sound and imagery. Her music is charged with demanding energy and consists an enormous amount of dynamics. It portrays a porcelain yet deep fullness. Her creations attracted worldwide attention.

She self-released her internationally acclaimed debut EP “The Suspended Kid and the follow-up “Children of Silk”. Both EP’s were well received worldwide with the likes of international press and fans. Meanwhile, her music has been synced on the runway and on screen for film and TV. In 2017, Sevdaliza debuted with the ISON LP. The release of this album was received with praise by basically all leading media worldwide. The release of the album was followed by a sold-out headline tour through Europe and the US. In 2018 Sevdaliza embarked on her first world tour. Leading the unique band through Australia, Europa, The United States and Asia. In this same year Sevdaliza released the groundbreaking visual of Shahmaran which received praise from all corners of the entertainment industry.

Aug 2020, she released her highly anticipated new album ‘Shabrang’ independently through her own label, Twisted Elegance. Produced entirely by Sevdaliza together with long-time collaborator Mucky, the 15-track album is the long-awaited follow-up to her critically acclaimed 2017 debut album, ‘ISON.’ ‘Shabrang’ sees Sevdaliza take back her power from years of physical and emotional turbulence, which is embodied in the black eye on the album cover. It chronicles her journey of self-discovery, self-love and finding peace amongst all of the chaos in the world, serving as a catalyst for empowerment and healing through the collective consciousness. The album further cements Sevdaliza as one of today’s most essential artists as she continues to push the boundaries of sound creating a style completely unique to her lined with elements of alternative electronic, indie, trip-hop, alternative R&B and the avant-garde.

In 2022 Sevdaliza starts the year with the release of the anticipated genre crossing project “Raving Dahlia”. Sevdaliza remains one of the most revered artists to emerge from the past decade and a certified global force by amassing millions of plays, selling out shows around the world, and a bonafide critical press darling.