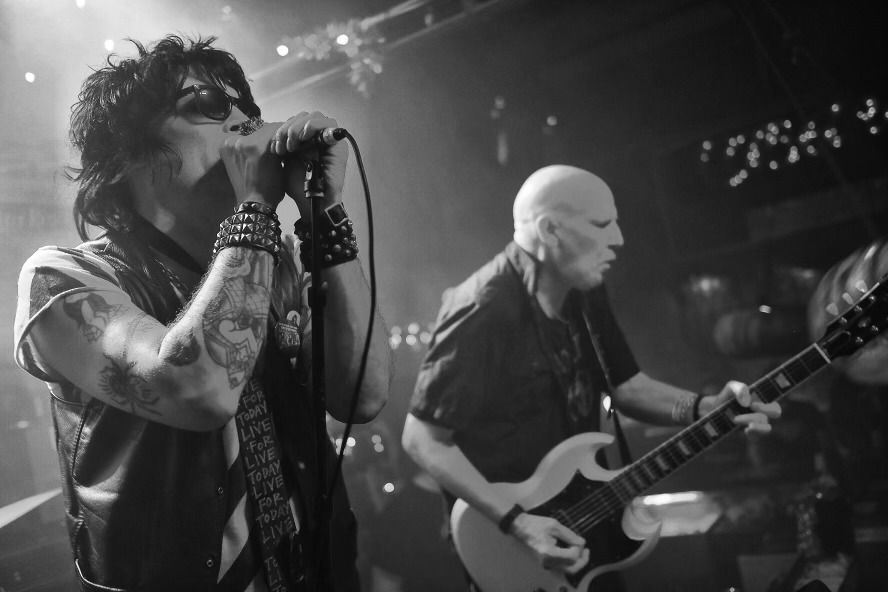 anniversary of their landmark first album Young, Loud and Snotty.

Formed in Cleveland in 1976, the Dead Boys were one of the first American acts to combine the proto-punk

fervor of bands like the Stooges and the New York Dolls with a new level of intense energy.

1977 debut LP, Young, Loud and Snotty, was a landmark album in the birth of hardcore punk and produced

one of the first great punk anthems, "Sonic Reducer." After one more album, the band split in 1979.

They reunited for a few gigs in the 1980s, but following the death of lead vocalist Stiv Bators in 1990, the band members went their separate ways except for two brief reunions in 2004 and 2005.

The return of the Dead Boys began with guitarist Cheetah Chrome.

"I've had my solo band for the last ten years, and Dead Boys songs have always been included in my shows

and over time the right mix of people came together to pull off and at times enhance the Dead Boys sound.

With the 40th anniversary of the Dead Boys , and a solid band that could interpret and deliver

the performance and sound needed to maintain the authenticity of the Dead Boys, I reached out to Johnny Blitz

about an anniversary tour and he said yes. We began the journey of what would become

enough to hand it to," Chrome says. "The first gig with Jake, it was like, 'You got it, man! I think Stiv would be very proud of our choice"

"When Blitz and I are playing it's like we're 20 years old again, of course I feel a lot worse the next morning,